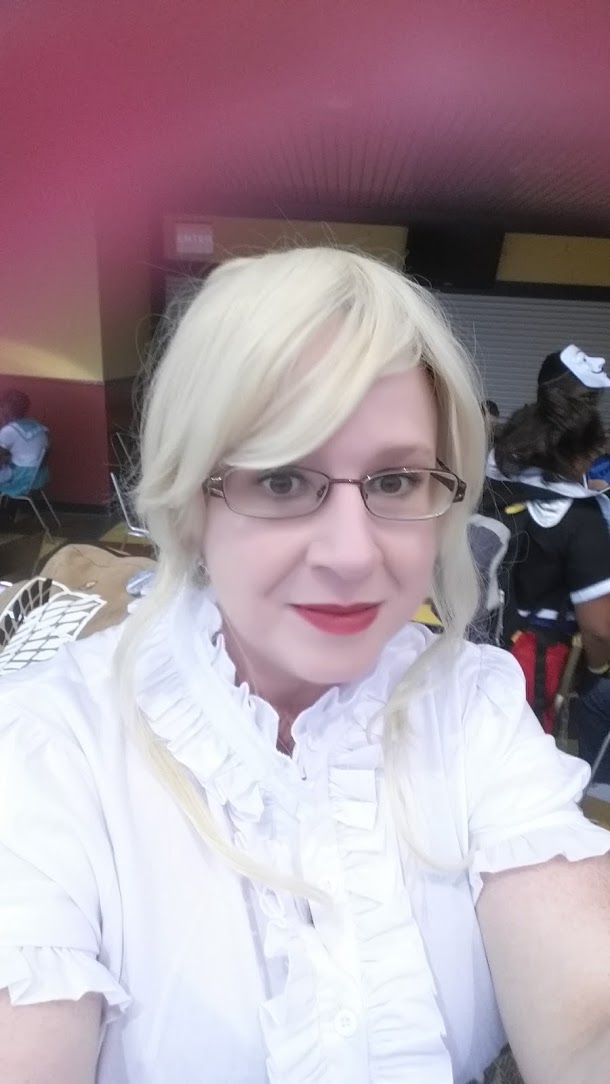 Unless you know me chances are you probably don’t know that I frequent conventions, sci-fi conventions to be exact. I have been going to cons since, well a really really long time. That’s my way of saying I don’t remember when I started going, or how long it has been, I just remember always loving them.

In general I love everything about conventions. It is a place where my not so introverted geek self can run amok and frolic with other geeks. I’ll be honest, most of my time is spend at the LARP’s or gaming tables, but one of my favorite things about a con is the cosplay. I feel I have walked into a world where my favorite books, movies, and anime characters have been set free. Also, I love partaking in the cosplay. What am I leading up to? Well, this happened.

The following conversation occurred between me and a random stranger, whilst I was sitting at the gaming tables at Ancient City Con. Also, it should be noted that I was wearing a Lolita version of a kimono, and he was dressed as the ‘Pokemon Police.”

Me: (confused) Doesn’t everybody?

Pokemon Police: Can I ask you a question?

Me: Yes, there is a parallel universe where magic is common place instead of science. (My sad attempt at a joke.)

Pokemon Police: I knew it, but that isn’t my question. So, me and the wife are now twenty-nine and, well, at what age do you stop cosplaying?

Me: (I didn’t give his question more than a half a second’s consideration before I answered) You don’t, not if it makes you happy.

And in the immortal words of Forest Gump, “That’s all I have to say about that.

Today, I went cosplay supply shopping in order to get ready for DragonCon in Atlanta. Yes I will be there frolicking and causing mayhem. So, here are my cosplay’s as planned: Glynda from RWBY, (which I had previously made. Don’t I look cute?) Alice from Resident Evil, A post republic Jedi with purple saber, and a cutsie Lolita thing that I made and love wearing. Fun fun fun, I so can’t wait.

Who am I? I’m Tiffany Easterling geek, gamer, wanna be Jedi and occasionally I’m a cheesy sci-fi romance writer.

View all posts by Tiffany